This reflection by Br. Keith Warner, OFM was published in The Way of St. Francis, a magazine of the Franciscan friars of the Province of Saint Barbara in June of 2012.  He reflects on his relationship as a Franciscan to technology.

I am a recent convert.  Thanks to the generosity and insistence of my dad (a retired engineer), I have fled from the PC world (as much as one can) and become a "Macfanatic."

By disposition I am skeptical of technology, but the cluster of Apple's innovative products that easily synch with each other have won me over.  I am an itinerant Franciscan and thus don't like to be tethered to a cubicle, so the mobility they offer is a big plus.  No more begging and pleading with PC units to talk to each other!

About the same time as my conversion, I began listening to Walter Isaacson's biography of Apple founder Steve Jobs.  Apparently Jobs had an ego the size of Silicon Valley, and was in some ways disturbed.  Whether you are drawn to him or repelled, his ability to imagine how personal technology might contribute to human wellbeing inspires me.  While listening to the Jobs biography on my iPhone, I began to reflect on some similarities between Apple and the Franciscan tradition.

As the patron saint of ecological consciousness, St. Francis lived in a relation universe.  For him, everything was related.  Brother Fire, Sister Water, Brother Air, Sister Mother Earth.  He understood God as Father and Jesus as his brother.  All reality is created by God, and inescapably interdependent.

I don't wish to sound like a commercial, but Apple's products also work together.  Jobs conceived of personal computing as providing an end-to-end wrap around experience -- holistic and relational, if you will -- for the user.  The devices work seamlessly together to support each other.  After years of frustration trying to bend PCs to my will, Apple products seem designed to help me serve others.

Questions for Today's Users of Technology

If we accept that computers are part of our lives now, it makes sense that they would work with us rather than against us.  Jobs conceived of human beings having an intimate relationship with their computers.  The challenge I propose to young adults today is this:  Can we conceive of God's love for us being more personal and more intimate than our personal technology devices?

Most older Franciscans would be horrified at this question.  However, in my twelve years of working in universities, I have observed that young adults today have a very personal relationship with their technology, and they generally experience much more intimacy with these devices than with God.  To my eye, the problem is not the sense of personal, nor the technology, but with the choices we make about entering into relationship with others.  God must be first, and we must express that in our love for each other and for the Earth.  Technology can help us, even help us be better Franciscans, but only if we keep the right priorities in our relationships.

In some ways, Steve Jobs was like St. Francis.  Both had enormously powerful imaginations and charisma.  Both were able to recognize potential where others could not.  Both infused innovation into organizations that they did not really set our to create.  Both experienced bitter personal tragedy at the hands of the organizations they began (the "near-death experience" of entrepreneurs), and yet came out the other side transformed.

Jobs and Steve Wozniak conceived of the new category of personal computer and invented it with Apple, yet shortly afterward, Wozniak left and Jobs was fired by the company he established.  Toward the end of his life, Francis was marginalized by the rapidly growing order he founded.  He despaired of its direction, yet it would become arguably the most influential religious order for the next several centuries.  The Order of Friars Minor pioneered new forms of evangelization and missionary work, formulated new philosophies to guide economic development and contributed substantially to the art, literature and science of the late Middle Ages.  So influential was the order that most of its contributions have been adopted by the broader Catholic Church.  Distinctly Franciscan contributions are scarcely apparent to most Catholics, just as few people who use a computer today are aware of the unique contribution of Jobs and Wozniak in a world still dominated by PCs.

Steve Jobs liked to quote the statement:  "The best way to predict the future is to invent it."  Think different was the Apple slogan.  Francis was neither an engineer nor entrepreneur, yet he was a visionary, and we might call him a social innovator.  He and his companion St. Clare were very clear on their experience of God and what that called them to be.   Church leaders tried to persuade them to operate with existing religious categories, but the vision of Francis and Clare included following the poor Christ in ways not done before.  Francis' contemporaries described him as showing them a new way to be a Christian.

The future of Franciscan life depends upon this same kind of innovation.  Of course, we Franciscans are deeply traditional in many ways, yet social innovation is a vital part of that tradition.  To live the Gospel today, we must find ways of helping young adults learn who they are -- or could be -- in Christ, speaking their language, but also helping them realize that their dreams for a more just, sustainable and fraternal world are possible.  Francis showed us a new way of being Christian, and it is up to us to show this technology-infused world a fresh way of living the Gospel today. 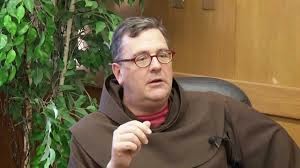 Can we conceive of God's love for us being more personal and more intimate than our personal technology devices?  Feel free to share your answer in the comment section below.